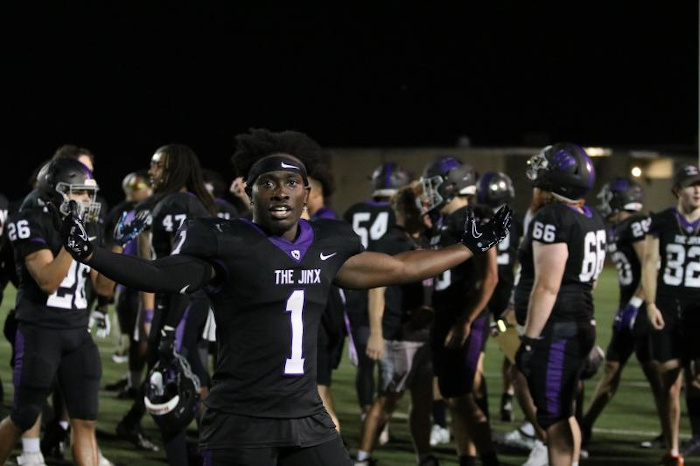 The Southwestern College athletic department will host a watch party in the Richardson Performing Arts Center  in Winfield on Saturday for fans interested in watching the opening round game of the NAIA Football Championship Series, according to a news release from SC.

Southwestern will play Benedictine in Atchison. The public is invited to attend and there is no admission charge.

Doors will open at 11 a.m., with the game scheduled to kick off at noon. Curt Caden, Mark Scott, and Daegionna Wilson will provide live game commentary to the RPAC audience, which will also be broadcast on 95.9 BOB FM.

Additionally, President Frombgen and her husband, Doug Kinnear, look forward to meeting-up with Moundbuilder alumni and friends in the visitors section at O’Malley Field at Larry Wilcox Stadium in Atchison.

The Moundbuilders, 9-1, are the No. 10 seed while the Ravens, 10-1, are the No. 6 seed. Southwestern claimed a share of the KCAC title and qualified for the playoffs for the second year in a row. Last year, SC traveled to Indianapolis to play Marian (Ind.). The Builders led 17-6 halftime but fell 21-17.

Southwestern is making its 6th appearance in the NAIA FCS.

The Moundbuilders earned an at-large berth after finishing in a three-way tie with Avila University and Bethel College for the KCAC title. Benedictine is making its 15th appearance and their first since 2018 when they earned a trip to the NAIA National Championship Game. Benedictine won the Heart of America South title to earn an automatic berth.

Saturday’s meeting will be the 18th meeting between Benedictine and Southwestern as the Ravens hold the series lead, 12-5.

The previous 18 meetings came when Benedictine was known as St. Benedict’s College and the two schools competed against each other in the Central Intercollegiate Conference.

No. 21 Builders Pull Away From Tabor; Clark Tallies 33